Someone is pushing the clock hands forward.

My washing machine whirs on the spin cycle because I am cleaning the lining of my babies' bassinet; a friend will be placing her tiny swaddled newborn in it next month.  The clock hands have gone round on their own spin cycle and my newborns don't fit anymore. They are climbing stairs, chewing apples, and engaging in philosophical conversations, puffing on pipes and sipping whiskey by the fire.

I also have a first grader who jumps out of the car on his own at school in the morning and does NOT, I repeat does NOT, need his mom to slide down the bounce house slide with him at the church carnival. He's also proving to be smart. Even smarter than an already proud mom and dad would have guessed, recently evaluated at school (part of his school's curriculum) and placing an entire grade level ahead, academically. Go Arie, go!

I know I have been absent from this space for some time but it is for great reason. I have been present with my family, living the life and the days I have dreamed of, dreamed of, for years.

Parenting these three little boys with my husband by my side: it is my dream come true.

Arie is thriving in school under the care of a teacher I've just met but already adore. I am pray with such gratitude to the Father for her. At the end of his kindergarten year I felt I had a good handle on what his strengths in school would be as well as where his challenges would lie. Even before I met his teacher, when she sent her first "Welcome to my class!" letter home in the summer, I knew she was going to be a gift to him and to our family. A clear communicator, both kind and firm, enthusiastic, joyful,  experienced and confidant. I am excited about the year ahead for our smart little guy!

Ira and Roman are a delight.

Infancy was wonderful: so tender, abundantly precious. But also exhausting. The demands of caring for two infants on such little sleep. Well, let's just say it showed me what I'm made of.

Yep, todderhood is my jam. I was made for this.

That's not to say it isn't hard or trying or that I don't get it wrong or feel inadequate or have bad days or an always messy house. I do. But the scale of enjoyment to frustration is tipped heavily over to the enjoyment side.

1. Bedtime kisses. Since I weaned the twins about a month ago (at 16 months- let's have a moment of boy *sob* and *yay!*), John and I have a new bedtime routine (no more nursing to sleep!). We give the twins a bath, put pajamas on, and go up to their room. In their room they climb into my former nursing chair, and sit side-by-side for a couple books and a song. At the end of the song we share kisses all around. By the end of the last book, even before the song, they know the kisses are coming and they start to snuggle in real close to each other. They make eye contact and giggle, and press their faces up against each other, full of smiles. Since both are used to being on the receiving end of a kiss (from Mama and Papa kisses), they both try to land their foreheads on one another's lips which results in some adorable face mashing!

Sometimes Arie joins us for their bedtime routine and he offers the most tender kisses to them both. Ira and Roman adore him and lean forward into their big brother for more hugs, more kisses, more anything they can get!

Finally John and I get our kisses and lift our two littles up and into their cribs. They wrap their chubby arms as tight as they can around our necks and burry their faces under our ears. This is as close to heaven as I've ever been.

2. Starting to talk! Ira has always been the chattier of the two and sure enough he is the first to start spitting out real words! Besides "Mama" and "Dada" his first word was "cheese!" The boy loves him some mozzarella. Preferably of the string variety. To this list of three he has added "please," "ippy" (sippy), "Ka-Ka" (cracker) and "Aw-ee" (Arie). He can also use the sign for "more," "all done," and "thank you!"

Roman's first words were "Mama" "Dada" and "dit-dit" (kitty). He doesn't say too many clear words yet but I am starting to notice that he makes the same sounds for consistent objects or happenings. For instance, he always blows with the "ffffff" sounds when he sees the fan, and makes a barking, "oof oof" sound at the sight of a dog in picture books. He also meows when our cat Jasper comes near and, sadly, cries "BABA!" when his mean-old brother Ira bites him ("B" sound for "bite"). He can sign "more" and "all done."

Both twins have excellent receptive language and- hallelujah- are starting to listen to some instructions like, "Sit on your bum" or "Go get your sippy!"

Both boys also nod their heads for "yes" and sometimes shake for "no."

3. Stroller walks. I'm so thankful that my boys like the stroller! It is impossible for me to keep them safe when I'm by myself in a public place unless I have the stroller because they will both run and NEVER in the same direction. I've tried using those wrist-to-wrist strap things so they can get out and walk around but I just ended all all tangled in a 101 Dalmatians moment. When I take them to my Bible Study at church once/week I have them each hold my hand and walk in (a short distance) so we can start practicing. They do well with that but otherwise we are heavy stroller users. And they are so content!

I felt badly for it at first because I wanted them to be able to get out and burn energy but then my mom pointed out that they probably like the stroller so much because unless they are in the stroller, car seat, or high chair, they are *always* moving.

I didn't realize how busy my boys are until I was at my mom's house this summer and she spread out a blanket with boys on it. I just laughed and said, "Oh they won't sit on that." My mom replied, "Oh! Lux and Poppy (my toddler nieces) do." I kind of shrugged in disbelief until I saw WITH MY OWN TWO EYES my two little nieces sit right down on that blanket and play!

Ira and Roman NEVER sit down. They are moving their little bodies 100% of their waking hours, unless they are strapped into something.

This probably explains why they like the stroller! It gives their bodies a break while their minds can keep exploring, taking in all the scenery around them.

It is wonderful for me too, to push them around and watch them take in the world. I walk the same streets I walked when I was praying for Arie to come home, the same paths through which I pushed Arie's stroller when he was little, under the same trees which heard my many tearful whispered prayers when I was going though infertility. When I have the twins in my stroller, their chubby legs and little feet kicking away, my heart feels full and I am just plain happy.

Sometimes I feel guilty for being happy. This has been a struggle for me since I was old enough to realize that while I was happy, others were not. Being happy in a world where others are simultaneously suffering feels wrong. Selfish.

Many of you know that my husband is a pastor at our church. Since the twins were born 17 months ago he has buried three children- two teenagers and a toddler.  When I delight in my children my mind and my heart go to the grieving mothers and my stomach hurts. The question comes to mind: how dare I?

But really, isn't that the question?

How dare I delight in a world of devastation? Laugh while others languish? Merry in the face of misery?

I wonder if my empathy muscle isn't too strong or if, at least, isn't doesn't flex too much in one direction- to share in sadness more than joy.

As I have been working out these questions with the LORD I have had two recurring thoughts:

1) There is a time for everything (shout out Ecclesiastes). I have suffered and I will suffer again. There will be a time for that. There is also a time to grieve with others. And there is a time for happiness, and singing, and laughter and delight! I should not miss my time for happiness! Is there any better time for feasting than after a famine? Yesterday Ira learned to say the word, "baby" and oh the explosion of delight in my heart as I watched him figure it would! His tiny little voice and the look of pride on his face. Every moment like this in motherhood is, for me, buttressed with the almost-wasn't of infertility. It's the joy of motherhood added to the joy of the miracle I received. Joy upon joy.

This is a time for joy.

2) Being happy in a hurting world can be courageous. I'm not talking about an "ignorance is bliss" kind of happiness. I'm talking about an eyes-wide-open happiness. Choosing to live fully and share your light in a dark world. Telling the darkness it hasn't won and it will not win. That despite the pain of it, life is worth living, worth embracing.

My father-in-law died shortly after we brought Arie from from Russia. We brought Arie with us to portions of his visitation and I cannot tell you how many people remarked about how a child can bring life and hope in dark times. It was true for us. Having Arie home with us did not undo our family's grief; but the joy of him? It pierced the darkness.

These moments or seasons of delight are a picture of what's coming for us when Christ returns to put everything right. In that sense, being happy in a broken world is a spiritual practice. Practice for eternity.

I am grateful for this wonderful season in my life. I have so much to be grateful for! So many reasons to smile. Days filled with laughter!

I won't take it for granted.

Some pictures to re-cap our summer: 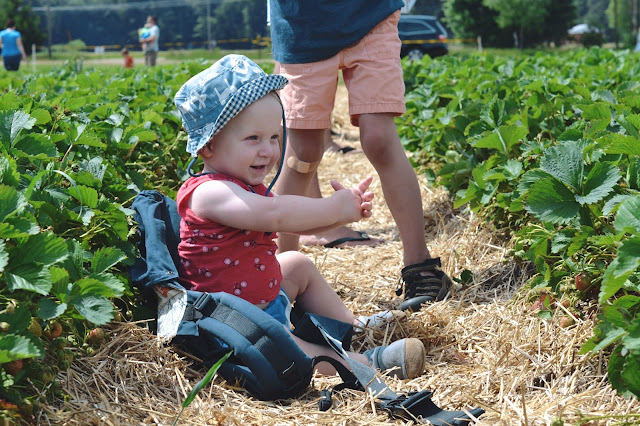 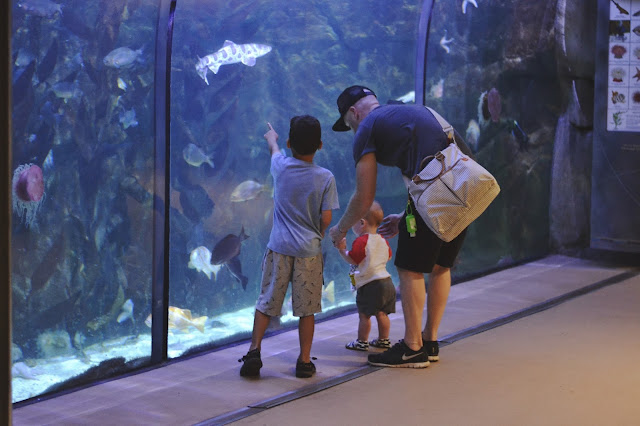 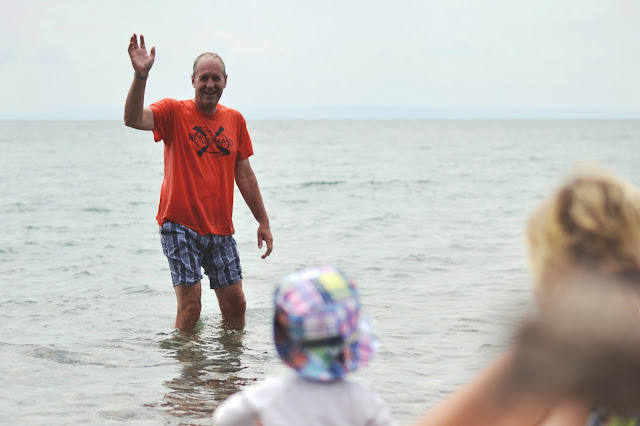 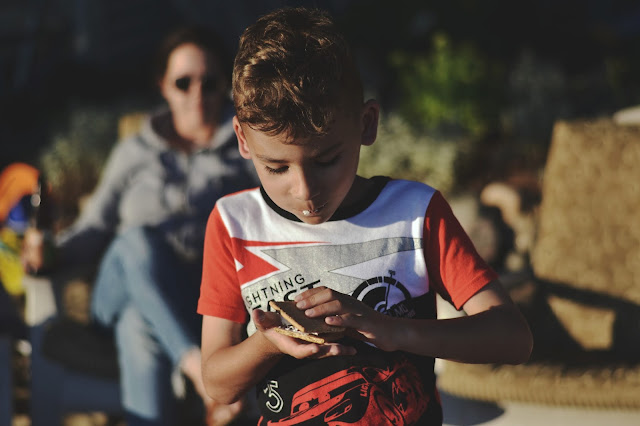 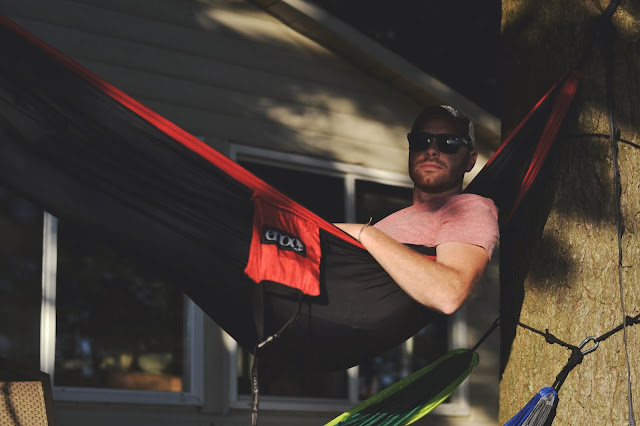 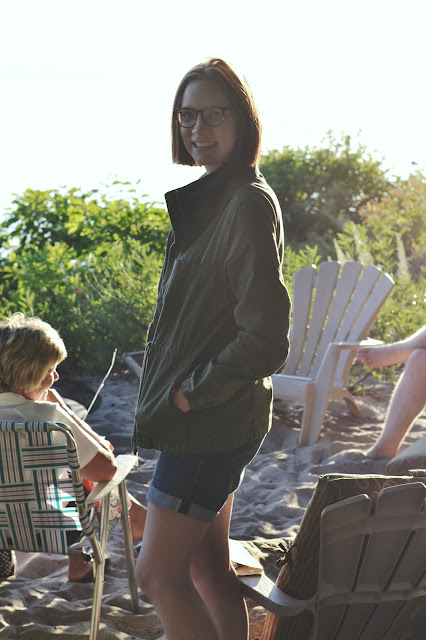 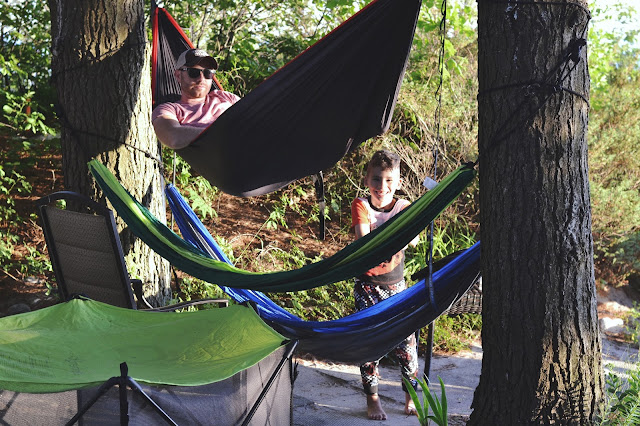 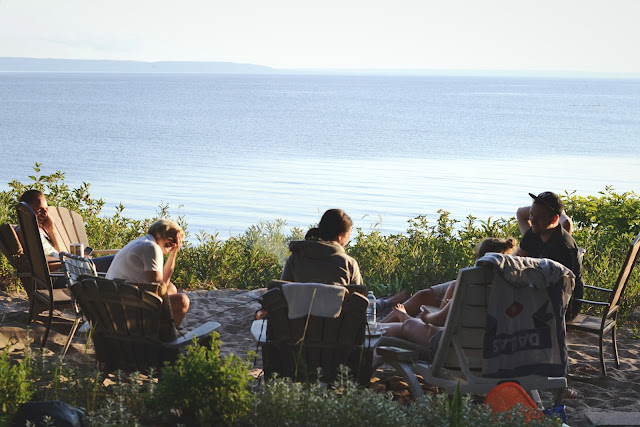 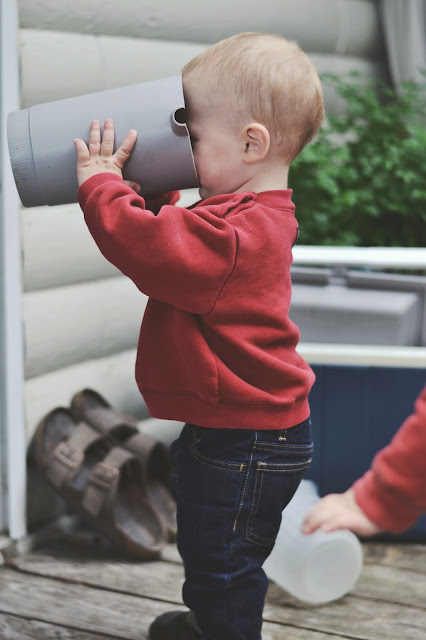 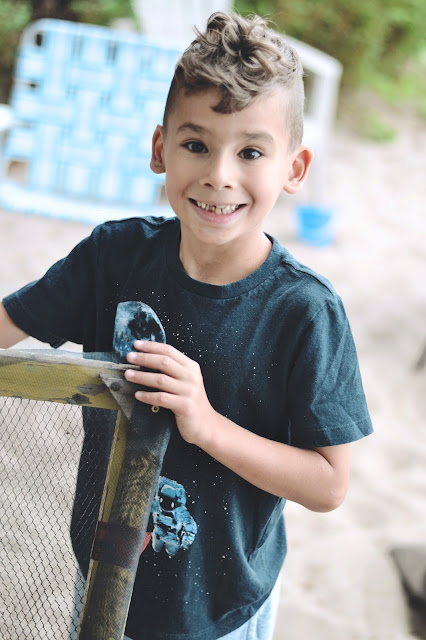 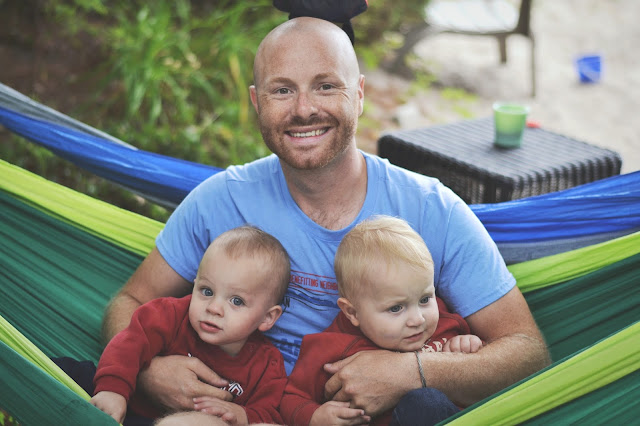 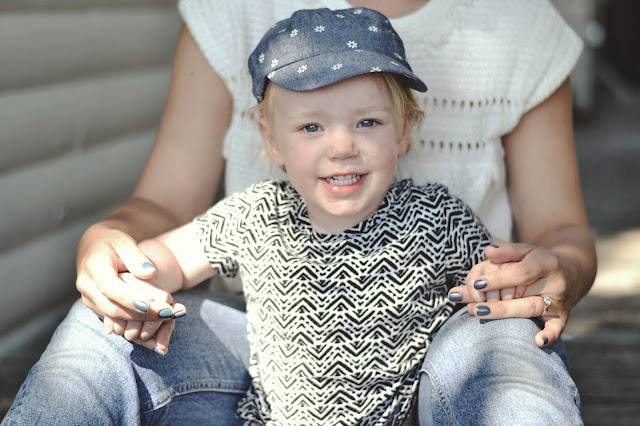 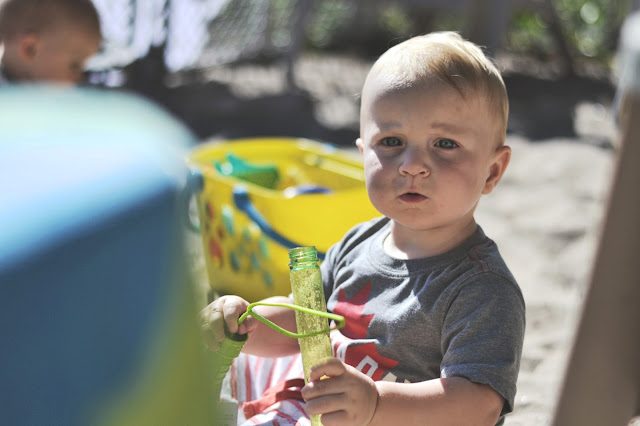 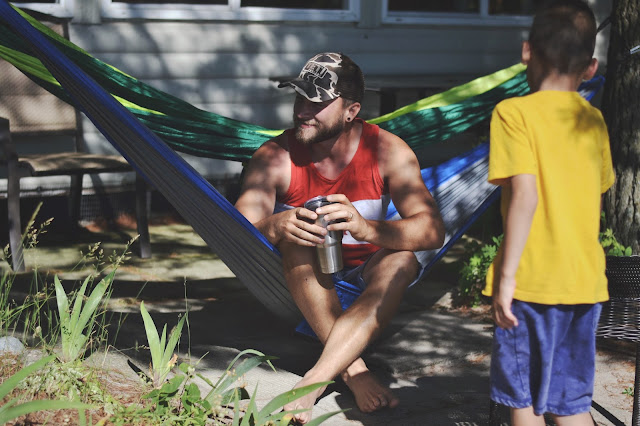 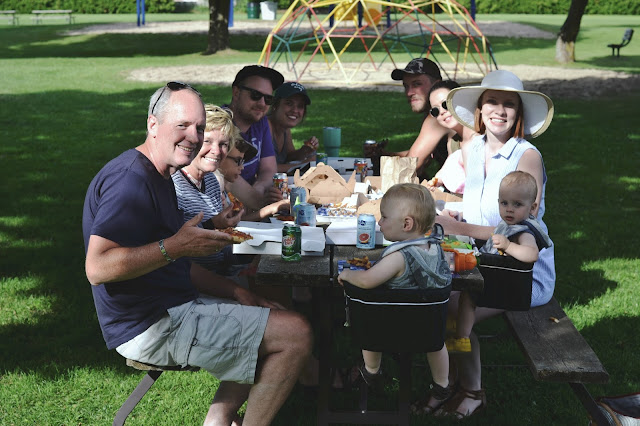 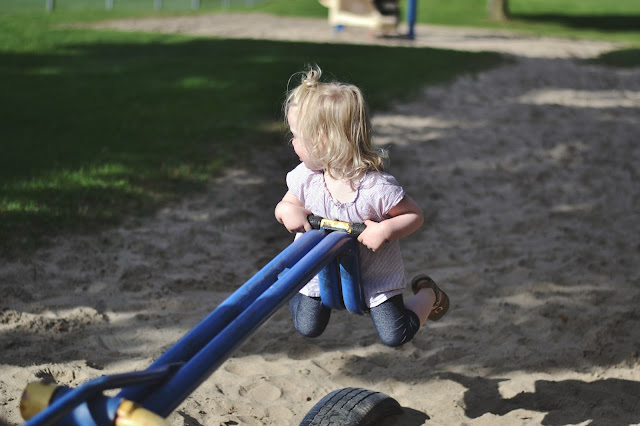 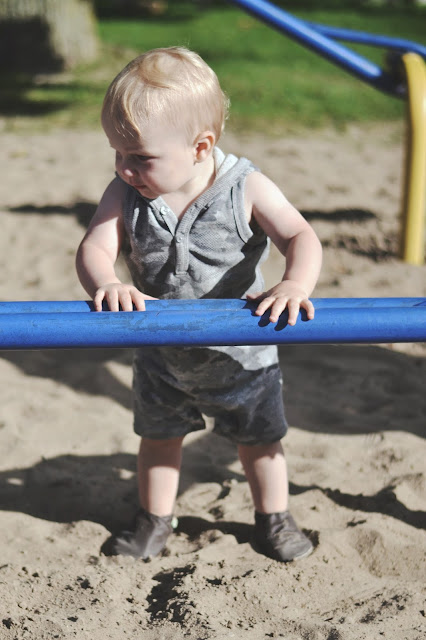 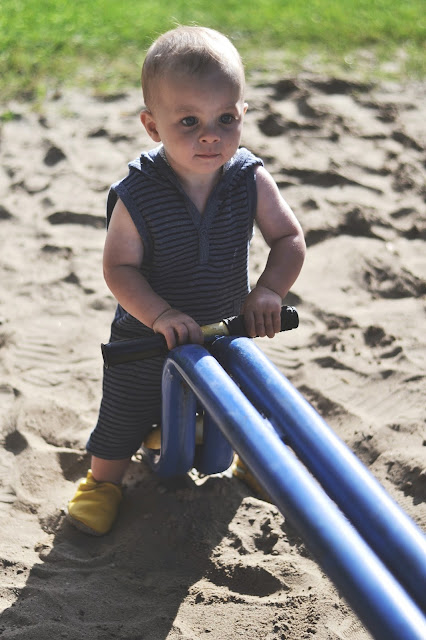 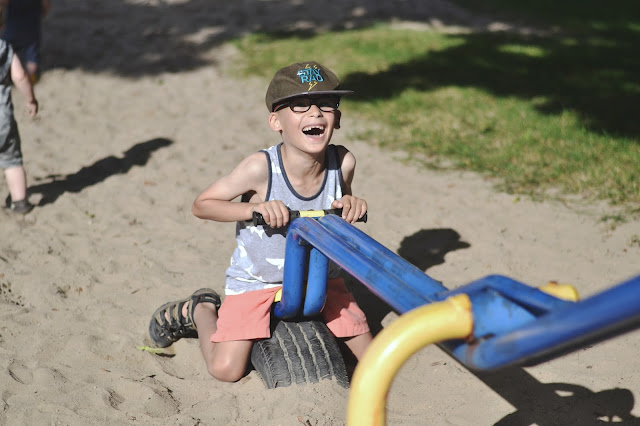 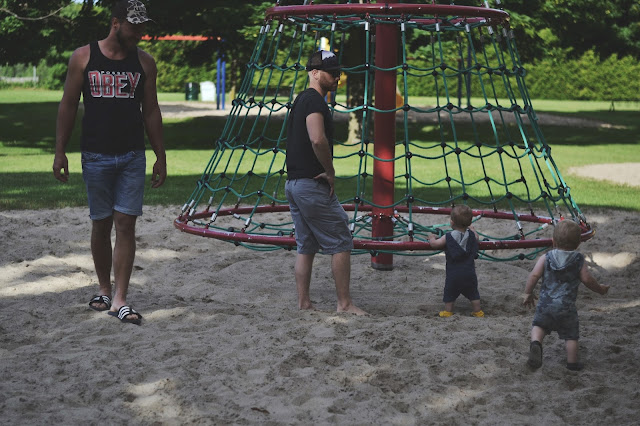 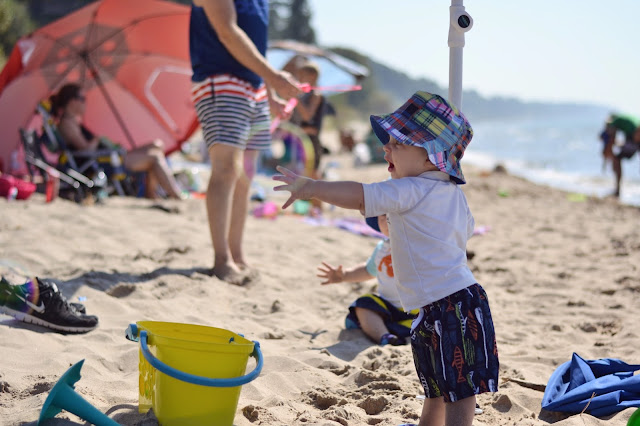 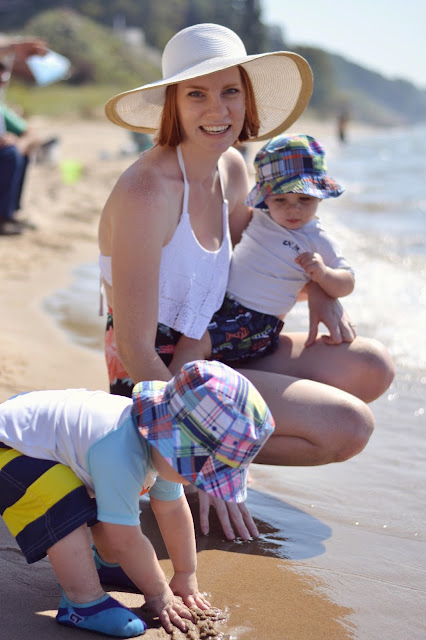 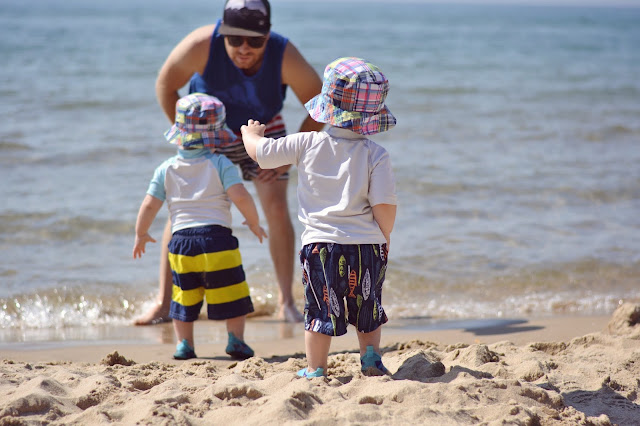 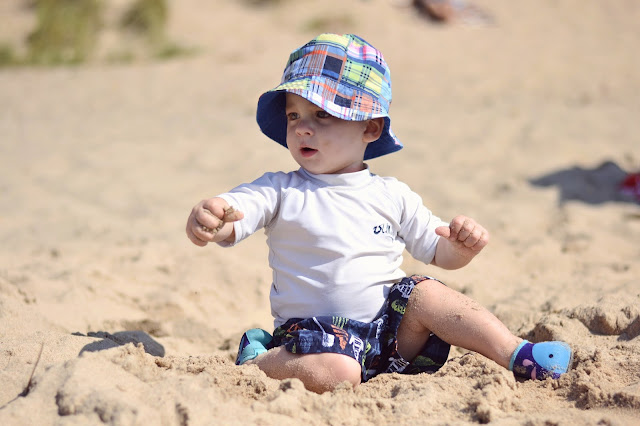 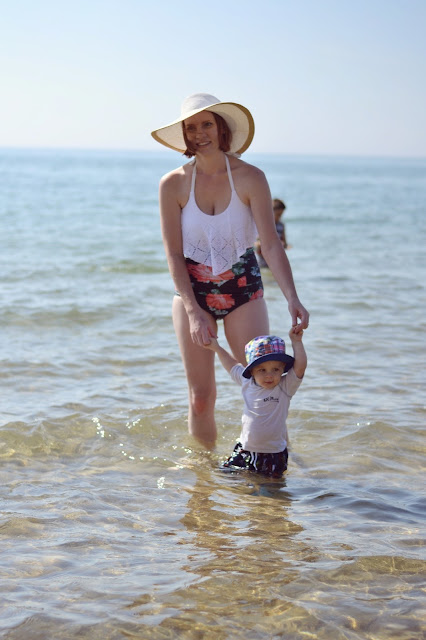 Thanks for reading. If you're thinking to yourself, "Boy, I could use more Burdens in my life!" like I know you are, then you are in luck because while I may be a little slow on the blog posts for a season (very fast, however, at catching toddlers), you can also find me on facebook, instagram, and youtube. I posted some vlog-style footage from our summer vacation on my youtube channel so go check that out!

I want to know, did you think infancy or toddlerhood was the harder stage? I shared above that for me infancy was harder, but I also know moms who find it the other way around! What about you?