"Will you adopt again?"

I think Arie was home for just over one month when someone asked me this question for the first time.

"Will you adopt again?"

It didn't catch me off guard because I'd asked myself this question a lot. During the fundraising. After the home study. After the first trip. In the middle of our court trip. When Arie came home. A week after he came home. Two weeks. Three weeks. A month.

Theoretically she'll probably tell you yes, but it's also a lot to get her head around.

The process of adoption is hard. For us, the fundraising, home study, paperwork, and of course the travel was almost all-consuming. When we remember that very long year, it's hard to imagine doing it again.

But then of course, we think about our son...

...and the way he wakes up from his nap and waits for us to come and get him.  I think about the cautious look he wears when he sees me peeking in the door, wondering is it time to get up? Am I allowed to be awake? And the smile he wears when instead of it's nap time now I say, wakey wakey! Did you have a good nap?

I think about that timid, obedient little boy we met at the orphanage and then I see our little Arie- still obedient, but walking around with a new swagger. And lounging on our furniture like he owns the place. Like he belongs here. Like this is his home at last. 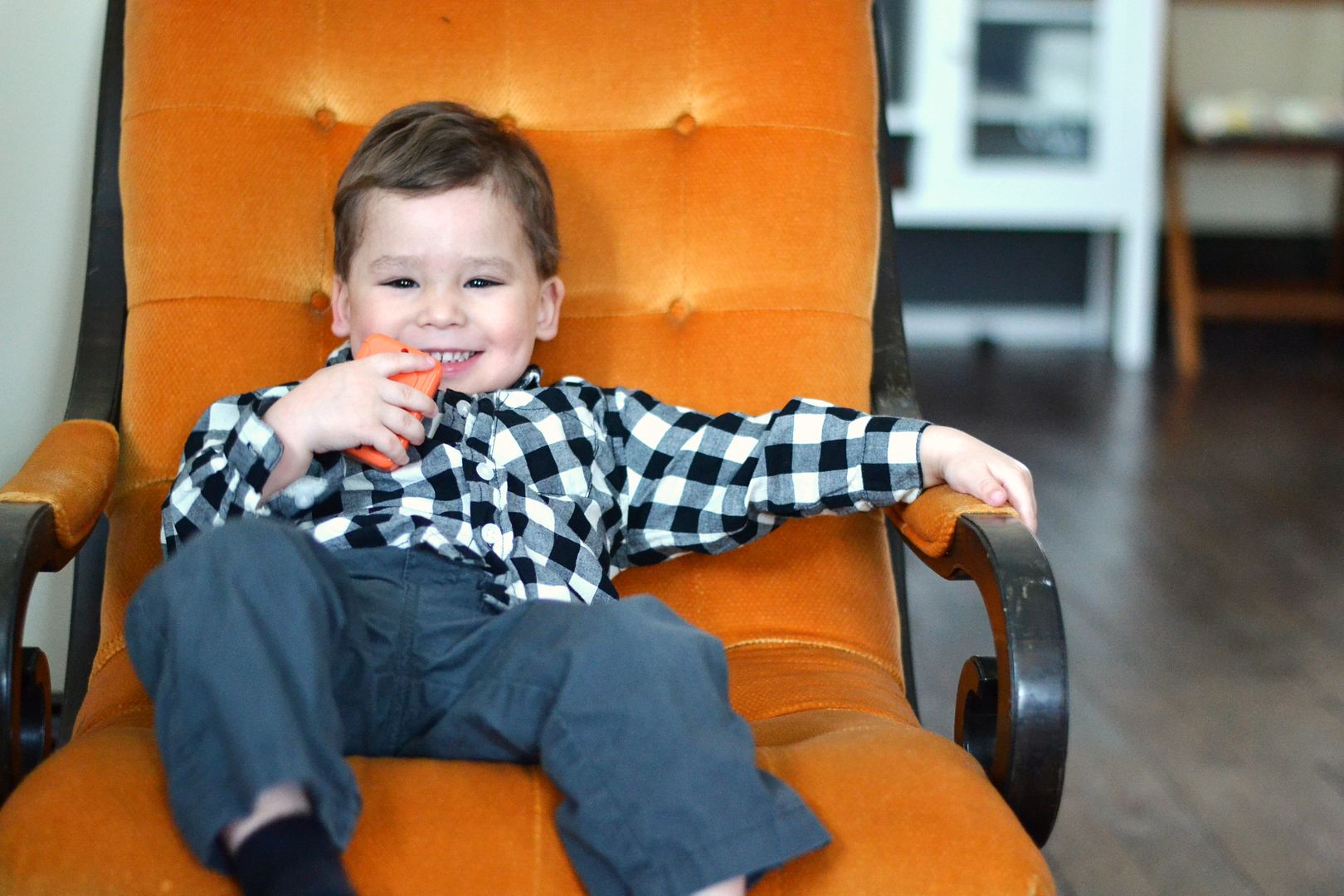 I think about the little boy we knew in Moscow who rejected almost every food we gave him but scarfed down whole bananas in three or four bites, struggling to control something in his strange new life.  And now I watch with total delight as he digs his hands into the cookie dough to pull out as many chocolate chips as he can grasp. He eats them with a sly grin on his face and a sparkle in his eye and I think to myself that these are the simple gifts of belonging to a family. 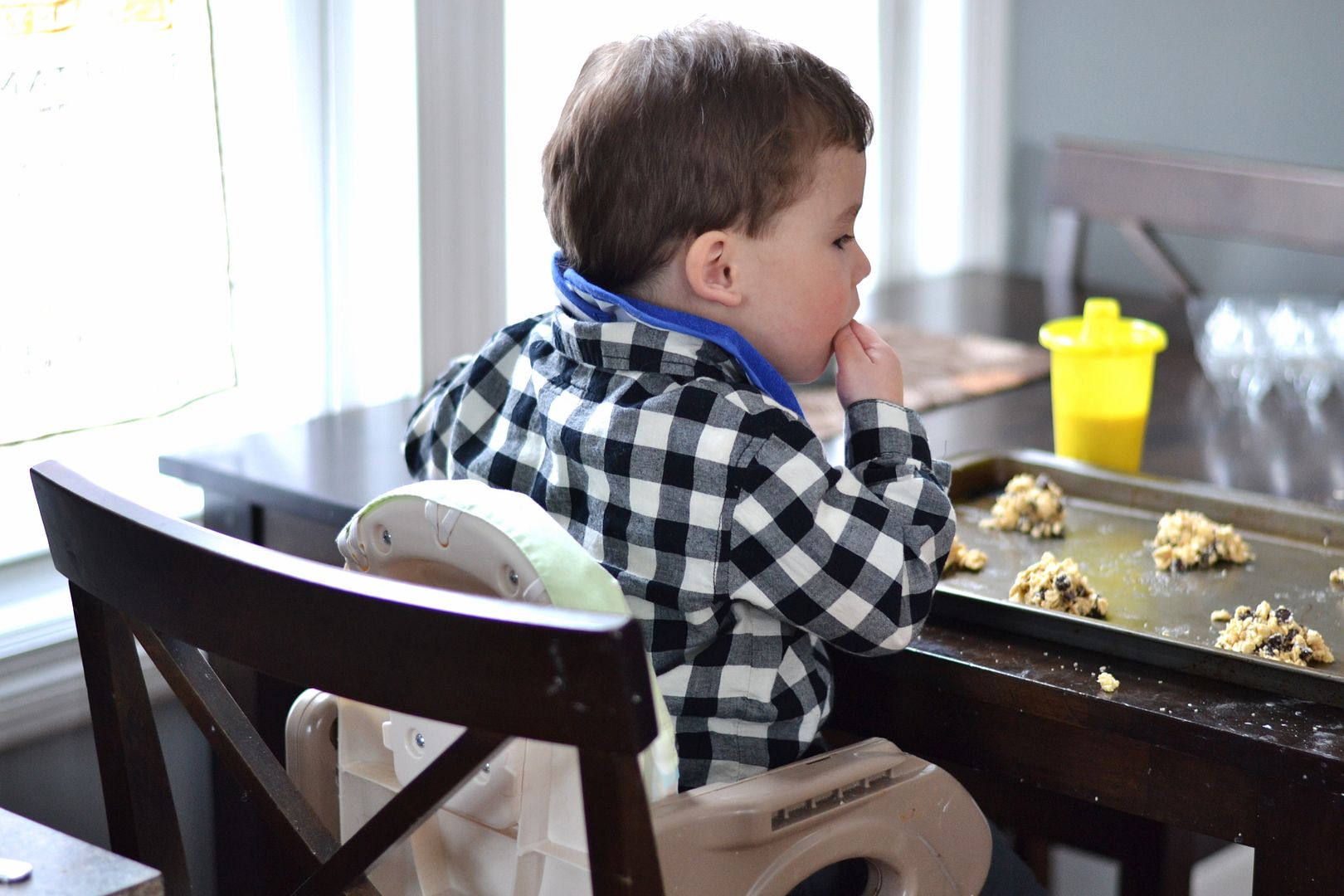 I remember holding him in July when we first met him and I remember the way his body flopped out and away from me. He'd been walking on his own two feet for so long, he didn't know how to be carried. Then I watch as he climbs onto the couch with his stretched out papa, imitating what he sees with endless giggles, and then falling into his father's chest. 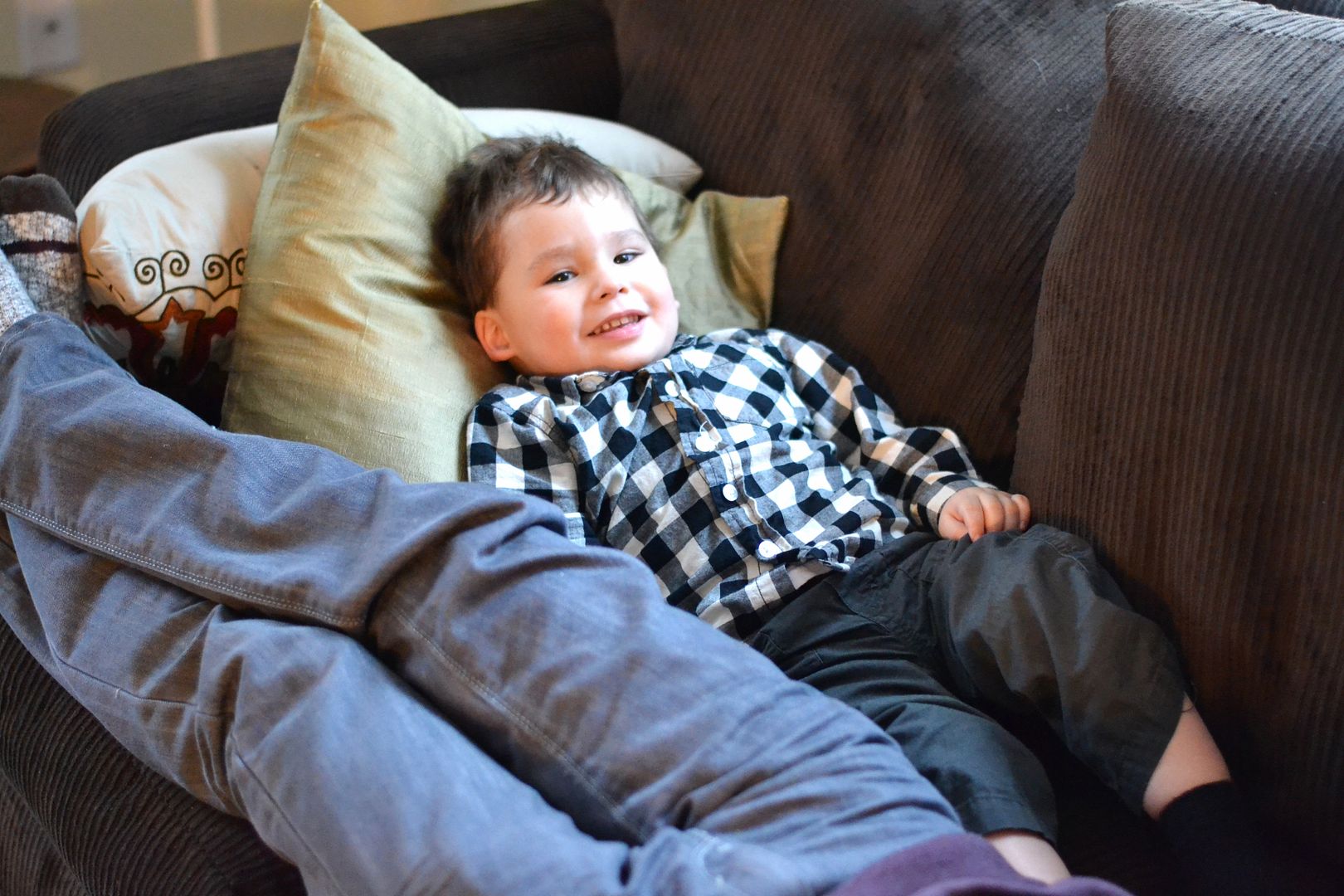 I remember that endless paperwork. I remember the giant doses of stress. I remember the long flights. The home study. The fingerprinting. The being-on-a-first-name-basis at Fed-Ex. The feeling like it was too much and that it would never end.

And then I look at Arie and I think about how immensely blessed I am. Not just to be a mom at last, but to have been used by God to change a life. I think to myself that all my angst-filled questions about what I'm going to do with my life have been laid to rest because I feel like I've done something. I can't imagine anything greater in life than to receive a divine calling and to answer it.

I was really hard but it was worth it.

When I think about that, I think that yes I'd like to adopt again, if God calls us. And honestly? I'm praying he does.

Today's lenten prayer is part of my lenten series: 40 prayers for Russia's orphans.  Won't you join us in lifting up some of the most vulnerable children in our world today?

Today we pray for all the men, women, and families who you will call to adopt Russian children. First, we thank you for putting this call on their hearts. Though it may seem like a burden at first, we know it will turn to joy. We also pray that during the difficult times, you will sustain them. Give them certainty about their callings. Give them peace as they endure uncertainties. Give them wisdom as they move forward. Give them joy as they say yes to you.

We ask these things in Jesus' name, who showed us how much you love your little ones.

PS: I shared this video on my facebook page but for those who aren't on facebook, I was showing Arie some video clips we took in Moscow to see how they jogged his memory (he loved them!) and I came across one clip of our car away from the orphanage. It quietly but so perfectly captures the paradoxical emotions of a gotcha day: happiest day for me and one of the scariest and most overwhelming for Arie. Very surreal to watch this almost four months later!

Labels: the call to adopt