Day three is best summed up as Daddy day.  I successfully scared the crap out of our little guy with a rousing game of "I'm-commina-getcha!!"   I guess they don't play that game at the baby house.  Huh.  :-D

In any case, this scare resulted in our little man running and clinging to Papa for comfort.  He did warm back up to me, but Papa was definitely his favourite today.  I'm tempted to scare him a little again just because there is nothing like watching your man be a father.  (Just kidding.... about the first part.) 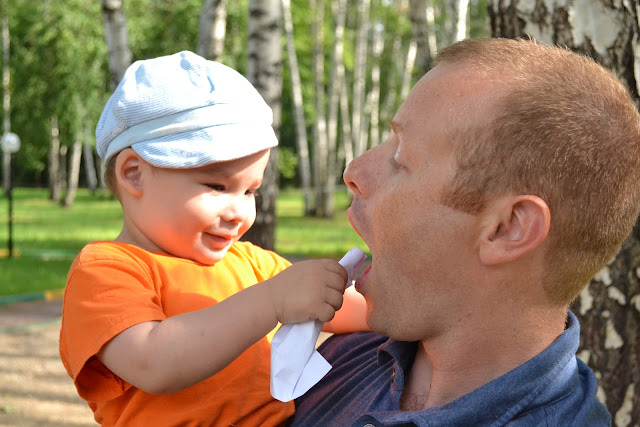 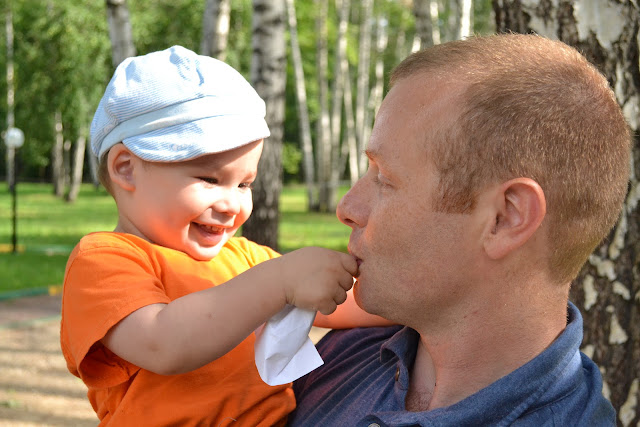 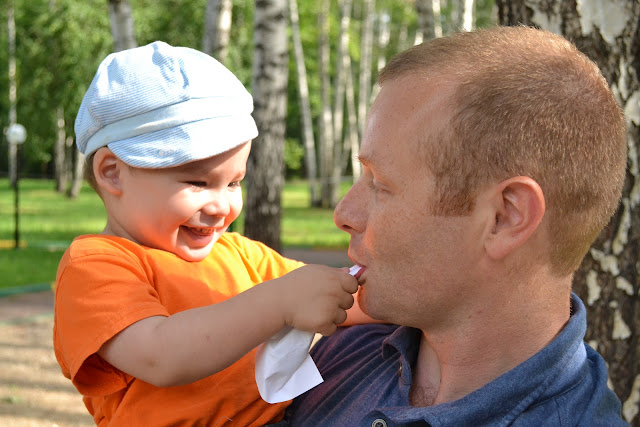 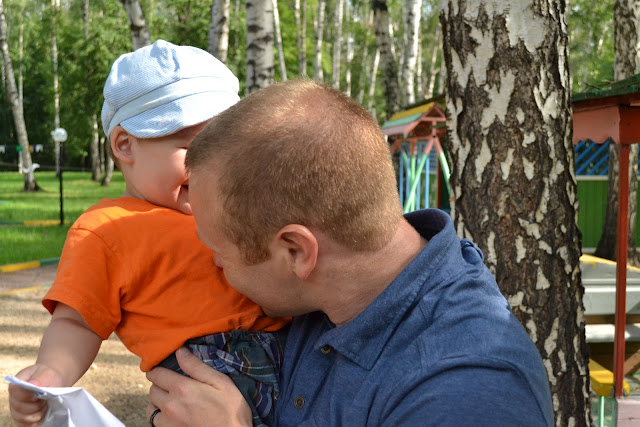 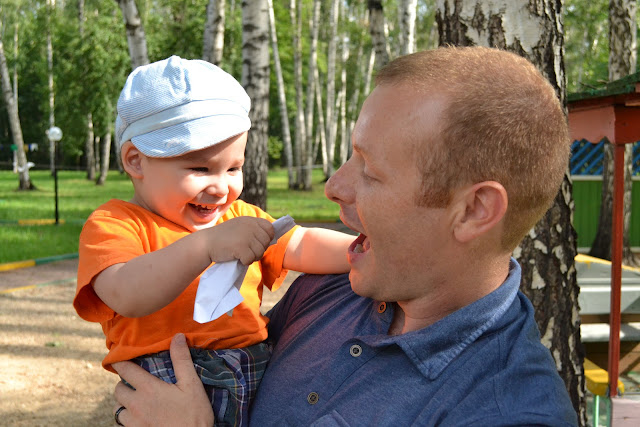 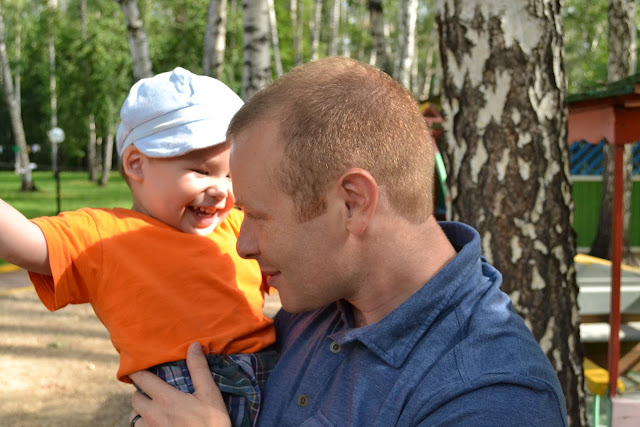 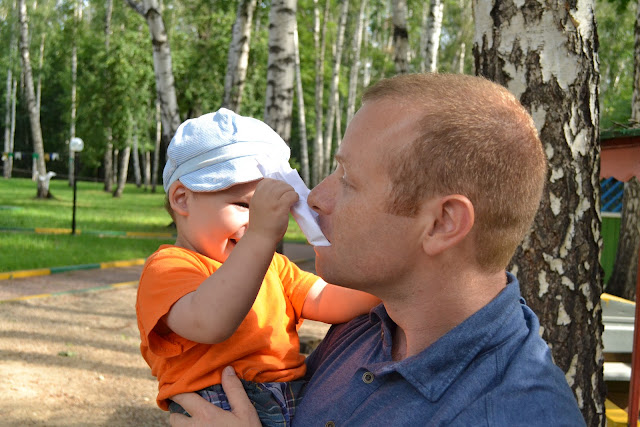 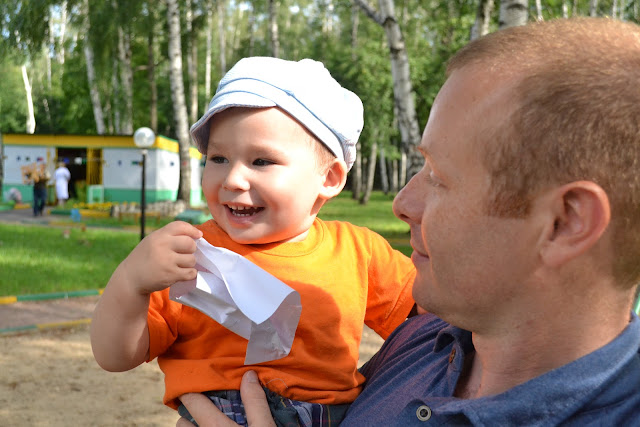 I got to read him the board book I made.  He kept pointing to the pictures of me and John and then flipping furiously through the pages as fast as he could.  His nannies said they would read him the story every day until our return.  What an answer to prayer! 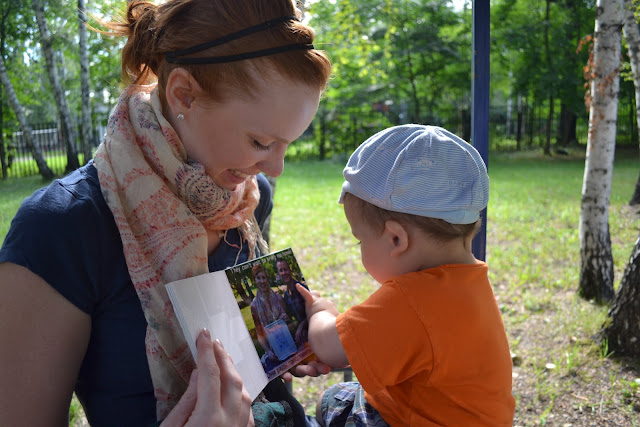 The best part of the morning was right before out little man when inside for lunch.  He is very quiet with us, only revealing his little voice for the occasional shout at the baby house's dog or his friends playing nearby.  Before she brought him inside, his nanny told our translator that even though he's quiet with us, as soon as he comes in for lunch she asks him, "Who were you playing with outside?"

And without hesitation he smiles and her and says:


Oh the ocean depths of this love.